In the first of a new series of posts by Freight authors, Iain Maloney
– whose debut novel First Time Solo will be published on 23rd of June – writes a response to a recent article by Will Self (link below).

How the Dead Write

On May 2nd in The Guardian, previewing a lecture given on May 6th, Will Self announced the death of the literary novel. At least that’s what the headline stated: ‘The Novel is Dead (this time it’s for real)’. I’m going to give Self the benefit of the doubt and assume it was an over-eager sub-editor who came up with that piece of click bait.

Now, before I begin, a disclaimer: I’m a big fan of Will Self. Not of all his work and certainly not of everything he says, but Umbrella and How The Dead Live are fantastic novels, one a mastery of style, the other a masterpiece of comic satire. His short fiction is even better, and his debut collection, The Quantity Theory of Insanity is a must read. Yet he is eminently fallible. Great Apes is a good premise that runs out of steam long before the book finally sputters to a halt and the less said about My Idea Of Fun the better. 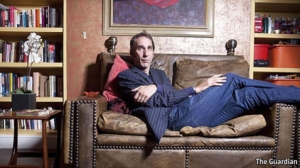 I read the article expecting an argument against the form, explaining why the role played by the literary novel is no longer necessary or is about to be superseded by something more dynamic which can sound the human psyche to greater depths, but there was very little of this. As when Philip Roth predicted the death of the novel in 2011, the lecture is really about an ageing writer dealing with a changed publishing landscape.

I won’t rehash his argument, you can read his words for yourself, but it seems to boil down to this. The regard in which the mainstream mass media hold literary novelists has fallen since the heyday of the ‘80s when Amis, Rushdie et al were superstars who could command front pages and were household names. I won’t dwell on why these writers were so beloved of the press, but the vast majority of column inches were rarely glowing book reviews.

What’s clear is that Self is mourning not the passing of the form, but the passing of a way of life which he feels is the due right of anyone who pens a literary novel. Yes, as a writer just embarking on a career, part of me (my wallet mainly) pines for the days of half million advances, international book tours paid for by the publisher and all that literary groupie action we were endlessly reading about in the tabloids. But I might as well be yearning for the days when some wealthy aristocrat would act as patron to a writer, supporting them financially in return for a decent amount of in-print arse-kissing. The world has moved on.

He argues that because literary novels and literary novelists (it’s hard to tell which is the chicken and which is the egg for Self) no longer have primacy and centrality in mainstream culture, the novel is dead. What are the symptoms? A poor advance and no hardcovers for his first book. The heart breaks.

Self is, ideologically at least if not always in practice, a High Modernist. His argument that we are still in the Modernist period, not some artificial Post-Post Modernist era, is one I have sympathy with. However his assertion that ‘The form should have been laid to rest at about the time of Finnegans Wake’ shows the depth of his bias. The novel ‘has continued to stalk the corridors of our minds for a further three-quarters of a century. Many fine novels have been written during this period, but I would contend that these were, taking the long view, zombie novels, instances of an undead art form that yet wouldn’t lie down.’

Modernism, for Self, was the high-water mark of the novel and all since then were stillborn in the birthing pool. I feel sorry for the students on his creative writing course, particularly the one whose recent PhD submission he holds up before the literary world as being worthy of little but condescension.

While his thoughts on modern culture obtain somewhat, they are far from insights: is there an artist in any medium who doesn’t worry that what they’ve spent a lifetime perfecting is becoming redundant? At least, unlike Roth, he isn’t equating his own creative dessication with that of the world at large. He does worry about connectivity, that easy access to the outside world erodes creativity. I remember watching the South Bank Show on Self years ago where Melvyn Bragg followed him to his writing retreat in Orkney. Self clearly needs isolation to write and is too easily enticed by the shiny shiny world online. But to extrapolate from that the conclusion that connectivity is some kind of Oklahoman fatal injection for the novel is a step too far. Joyce wrote much of Ulysses in bars and cafes. As revolutionary as the internet is, it needs to go some way to be more social than a bar. 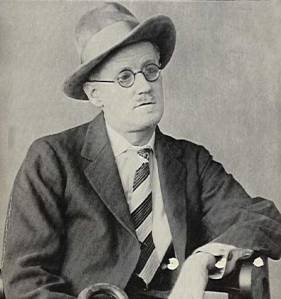 The form of the novel may change, and technology will certainly push it in new directions which is exactly what happened one hundred years ago – after all, what is Modernism if not literature reacting to the impact of new technology? And it has. Experimental novels are pushing the boundaries. That’s what I love about the form – the endless variety. They don’t hit the front page but many writers don’t have famous fathers or vengeful ayatollahs to tempt Fleet Street. Novelists are still famous (they’re making a film about David Foster Wallace). It’s just not the only game in town. Over the last fifteen or so years a concerted effort has been made to push short stories, once the forgotten cousin of the novel, back into the limelight and the push has largely worked. Helped by technology and the boom in flash fiction and online journals, short stories no longer stand in relationship to the novel as the sketch does to the play. Alice Munro won the Nobel, purely on a career of short stories.

Self acknowledges some of this. ‘I believe the serious novel will continue to be written and read, but it will be an art form on a par with easel painting or classical music: confined to a defined social and demographic group, requiring a degree of subsidy, a subject for historical scholarship rather than public discourse.’ Again, it’s the centrality and primacy that is lost, not the novel itself. Yet again, the report of the novel’s death has been greatly exaggerated. It’s in fine fettle. The peripheral noise has dropped but being unfashionable and being dead are never the same thing.

2 thoughts on “From the author’s mouth”